Is there any other “official” app that could be used to mount the acd drive locally on linux and then use rclone “just” to decrypt data on the fly ?

Im in the same boat except I also still have a local copy of my data. cloud storage is just a backup for me and allows me to extend my local storage for stuff I don’t care about. TBH, the only way to not worry is to stay legitimate and find a place to use without working around the TOS which makes everything too expensive to store 50TB. Luckily I keep mine around 5TB.

Not sure: when checking my usage, the page literally says “Your account at YourCompany can use unlimited storage!” And that’s for an official account with a single user.

I was just about to sign up for GSuite, but right here it says I need 5 users for unlimited storage? 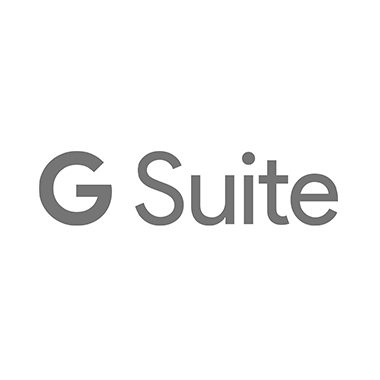 G Suite plans as low as $6 per user per month. Choose your plan and start using G Suite collaboration and productivity apps today.

Apparently, but I don’t see it anywhere after signing in (it literally says “unlimited”), and I just checked the TOS and didn’t see it mentioned there too. But they have a bunch and I may have been looking at the wrong one

I was just about to start migrating from my encfs ACD setup to unencrypted Google Drive. Hopefully rclone can appeal this!

Most everyone has said that is not a strict limit. They get unlimited even with just one user…

Yeah it says that but you don’t…
Sign up as a single user and it will still say you are on unlimited storage.
I signed up a week ago and have just fallen short of copying my 45TB from ACD to google.

It’s unlimited with just one user?

Though again this is not “by design” - Google state that you need X users to get unlimited so they may well enforce limits on single user accounts in the future. However if you buy a spare GSuites account from Ebay and use that as a backup for your primary you will at least have a copy of the data should Google ever do this.

How can i Register for gsuite as a normal User?(i am Not mean the eBay Accounts) i will pay that 8$ per month

Ebay and use that as a backup for your primary you

Is there any geolocalization of your data depending where you register ? I had already a free suite account that I want then to upgrade to a business plan but for whatever reason when I try to do so it is forcing me to input an US address ? can I change this anywhere ?

Your idea sounds good. I will think about it.

Is rclone not supported anylonger? Any alternative?

We don’t know for sure as of yet - though it’s looking likely.

For Linux users there are no alternatives at this time AFAIK.

@Aldigator just said : “An employee of Amazon Germany just told me on the phone that they are making changes to their services and infrastructure and that rclone probably needs to be updated accordingly.” (https://github.com/ncw/rclone/issues/1409) (for whatever it’s worth)

Yeah, saw that. He’s the only one to have had such an answer, so I’m not holding any hope until @ncw confirms.

Can confirm - just talked to support aswell after an email reply

I asked if it will stay banned and they said yes

I confirmed with Amazon Drive support US via phone call. Third party application requests have been discontinued and RCLONE support has been terminated with the Amazon API. There are currently no plans for Linux support in the near future. The suggested work around was “use the web interface”.