I have Google Drive mounted with rclone, but it seems that Google Drive is throttling me sometimes. Not quite sure what causes it.

Essentially, plex playback is fine for almost all files and can reach 500+ mbps during playback. Rarely, some files will not playback correctly. I will see traffic that starts at 100 mbps that drops down to 10 mbps. I also noticed that copying a file from the rclone mount will only result in 10 mbps transfer every time regardless of the file. Downloading any file directly from the web interface in Chrome also results in a measly 10 mbps for any file, even those shared by other users.

Here’s the strange thing there are three ways to increase the download speed.

I run RClone in docker using this container that I forked. 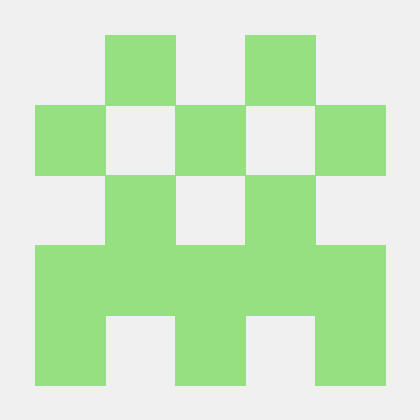 Upload and stream media from the cloud with or without encryption. Cache all new and recently streamed media locally to access quickly and reduce API calls - alexyao2015/cloud-media-scripts

Did you create your own client ID/ API key?

That docker image you have is a bit rough.

2G of buffer means that it will read up 2GB for every file you touch and use 2GB of memory per file. Lots of waste there.
transfers does nothing on a mount so it should be removed
vfs-cache-poll and max age are useless since you aren’t using any vfs-cache mode.

not sure why they changed the poll interval from 1 m to 55 seconds. Seems just odd.

If you have a specific playback problem with debug log to look at, we’re happy to help. Please post those details.

Thanks for the reply. I have read a lot of your posts in the past and based a lot of my settings off your original vfs settings. I noticed that you adjusted them recently but haven’t changed my settings to match because they had been working fine with playback.

Yes. I have my own API key.

I changed the poll interval because I assumed it had to be smaller than the vfs-cache-poll, but if they are doing nothing, I’ll remove it.

I don’t have any playback problems with Plex really. Everything works smoothly for playback. Its just copying (or downloading a file) that I have issues with. Something makes me feel that Plex has some sort of “magic reading” that speeds up everything else…

What do you mean by copying or downloading? What’s the action you are taking to do that?

Another optimization question, if I am not using the mount to upload, is drive-chunk-size useless as well? I have a separate script that runs.

Also, are the other vfs options like vfs-read-chunk-size making a difference without any vfs-cache-mode?

The mount is shared using samba in docker. I am using a windows device on the network to copy files down. It copies at slow speeds of 1MB/s and speeds increase when I playback a file in Plex.

Also I’ll add that running the optimize files option in Plex results in slow download speeds as well. These speeds also increase when playing back a file. It seems that there is some specific read method that is required to achieve the full download speed?

Yeah, I wouldn’t imagine trying to debug samba in a docker shared to windows as that sounds awful unfortunately.

I’d put rclone on the device using it personally as I keep things as simple as possible. Trying to figure out what Samba/Windows is doing is tough.

Optimal buffer depends on what you are doing really.

If you have long, sequential reads, larger buffer would make sense. The downside is that once a file is closed, the buffer drops.

That only options related directly to vfs cache mode being anything but ‘off’ are located here:

as they all relate back to file caching.

Think of vfs-read-chunk-size not as a buffer, but how it requests some the provider. It asks for ‘chunks’ of that and you still download those chunks. I leave all of that as the defaults.

Hmm thanks. I don’t believe I have to debug samba thankfully though. It has something to do with Google Drive and how RClone requests a file? Running a cp from the mount to another directory results in the same problem.

Its baffling that the downloads from Google Drive in Chrome have the same problems which can be “resolved” by playing a file in Plex?? I really just want to get to the bottom of why any other type of file transfer beside a Plex playback is slow from both the mount and Chrome.

By buffer drops, do you mean it releases the memory? I have 32GB of memory allocated for RClone so I wasn’t terribly worried about memory consumption as long as it improves performance. If its not doing anything performance wise, I would want to remove it though.

Yes, it releases memory but also you consume bandwidth to download it and it’s somewhat of a waste unless you plan to use it.

I created a log that includes annotated pictures of the file transfers.

I also included screenshots of the file transfer and the traffic from #2.

How are you copying the file? I used your same settings and I’m pushing my gigabit pretty much:

Your settings are a bit off as you have a lot of duplicate things in there if you check the first line of your debug log:

You have buffer size twice.
checkers does nothing on a mount so can be removed.
Why would you tpslimit it? not sure why that is there.
allow-non-emtpy is just an awful parameter as it allows over mounting and masks things. Just not a good one to ever use imo.

Can you just run the copy by itself and stop it after a few and let’s look at that.

Thanks for catching the duplicates. I removed them, but it made no difference with copying.

In the first log, I used windows to copy from the samba share. This time, I used the same rsync command you used in your screenshot from the machine its mounted on with the same miserable speeds.

The tpslimit was because I was getting API errors in the console when Plex did scans.

Scans shouldn’t produce any API issues. Was that before or after using your own key? I tested many times and scanned 30-40TB in a few days without any API issues.

The things I looked at:

You are copying directly from the mount and nothing else like unionfs or anything like that right?

I had used rclone since before there was a built in key so I always had my own key. I think it might have been the plex scheduled tasks that happen at night. I would check the api console and there would be errors. The tpslimit got rid of them. Additionally, there were errors that would appear infrequently until I added the tpslimit. Regardless though, removing the tpslimit resulted in the same speeds.

The OS is rancheros. In the logs that I have been running, they have been going through mergerfs. But when you mentioned it, I just tried running it without mergerfs directly but had the same results.

At this point, it really does seem like Google is throttling me, but I am not sure why the speeds would increase when playing back media…

Also, I would like to add that downloading a file in Chrome has the same effect. And a public VPN will fix the issue when I download a file from Chrome.

You got a lot of layers going on with dockers/mergerfs and quite some things so it’s more likely it’s something along those lines causing an issue.

Also, downloading via the web uses a completely different way to get files as most people generally report that being fast and rclone being slow as rclone uses drive API and the download does not.

Just to confirm, I am using mergerfs with sync_read.

I feel like I would have blamed the router or ISP quickly if the speeds were always the same. It just really doesn’t make sense that this is happening.

When I tried running rsync, I got slightly better speeds, between 3.5 and 5 MB/s without playing any media. Still slow but better?