With the recent fun, I was thinking of trying to find a backup for my Google Drive that isn't another Google Drive. My use case is larger MKV files and encryption is a must as it can be rclone or a 3rd party way (cryfs as an example).

I'm looking for unlimited storage that ranges from 10-60 a month I suppose that would work with rclone.

I've looked through a few providers and tested a few things and found:

Tested and Ruled Out

DropBox - has unlimited for business, but 25k API hits and they won't budge on that when I asked support a few times.

My understanding is they have an unlimited plan for API as well. Did they give you a price?

My understanding is they have an unlimited plan for API as well. Did they give you a price?

Enterprise plan with 10 users was the minimum for that which was astronomical.

It's not unlimited, but try wasabi - it's $5.99/TB/month with unlimited egress and API. I'm getting better speeds with it than google drive - 49MB/s vs 27MB/s. They offer a free month of 1TB to test out.

I did check them out as well, but they price out pretty fast as if I wanted to store 50TB, that breaks the bank.

opendrive - seems like it's workable but slow. I'm trying to finish my testing on that one now

I used them and didn't renew my suscription because I wasn't able to upload anything once I reached12/13 TB. Their support said it was because I had too much stuff and had to cut it below 10 TB. That was with the "unlimited" plan.

Ended up moving to Jottacloud, which was cheaper and faster for me. I am near 10 TB there, but I'm not expecting it to be much different than Opendrive.

Cheap and truly unlimited is hard to get, if possible at all.

I'm very curious about this myself. I always thought DropBox was a viable option. Maybe @Ajki can comment, I remember reading he was using DropBox as his primary cloud storage. Is he using Enterprise?

I did send him a separate note to ask as I'm not sure what magic was done.

I'm trying out MS onedrive too, though my upload/download speeds aren't the best (18MB/s). I've tried adjusting the onedrive-chunk-size size and found a good spot at 31.25M.

Sounds like you need 9 friends to distribute the cost of a Dropbox Enterprise plan then. I will be friend #1

But seriously, I've looked at other providers before. The search is still on, but so far, Dropbox is the only thing I've found that comes close to anyone with 10s of TB or more.

Would mods support a thread on connecting people to form a Dropbox organization? I understand that could come with some moderation baggage.

Correct me if I'm wrong but isn't the 25k API hits restriction for dropbox business related to uploads only?

It says for "transfers of data" so that meant upload and download for me. Did you have something that shows or says differently?

I'm not certain but the tooltip in the dropbox plans breakdown states:

Transfer data from your existing solutions with 25000 included API calls per month to data transport partners.

which to me suggests it's only related to getting data into your Dropbox account. My existing solution is google drive, right?

This thread seems to indicate it is for upload only.... 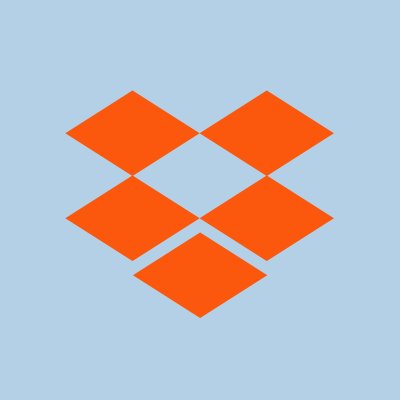 We're adding dropbox upload/download to our app....I don't really use dropbox myself so help me figure all of this out.    Reading around the Dropbox website says that apps that connect to free or indivudal users have no API...

"...Yes, while the Dropbox API has a general rate limiting system (meant to prevent abuse), you're correct that (some) Business plans additionally have a 25k per team per month API limit on upload calls...."

Nice. I would just need to figure out how to upload in a better fashion as I am sitting at 25% of my API calls for about 240GB of data sent.

From the man page, the only thing that looks like it would help is the dropbox-chunk-size. Default is 48M. I'm trying an upload with it set to the max of 150M.

I’m guessing that using the Dropbox app to upload files will negate these api usage concerns.

Though I think that will also prevent the usage of encrypted files.

Well, I hit my API limit with 2.8T uploaded. Interestingly, the email from dropbox states that the api limit gets reset at the beginning of the month.

I had my dropbox-chunk-size set to 150M - before I applied that I was sitting at 25% with 240Gb uploaded. it would appear that adjusting the chunk size to the max does help with the API calls.

I'm unable to upload anything to dropbox, but I can copy down any that I've uploaded there with no limits, it would appear.

I wonder if engaging DP would help for the initial migration. They may increase your limits to complete the transfers. I believe I read someone else doing this but my head is foggy.

Well, it doesn't hurt to ask....I've asked for a temporary increase. I'll see what they say.