I am getting “User rate limit exceeded, userRateLimitExceeded” when uploading with rclone til google drive (unlimited g suite)

I have uploaded many TB of data without issues before and i am not doing anything different. Is just running a

Google support says that i’am hitting a backend limit, but i don’t understand it. It may be related to specific files, but so my nest step is to debug-log to a file - when the ban is lifted.

I was using an older rclone.exe but the newest release is not doing any better. Any idea of what is wrong and how and i can solve it? 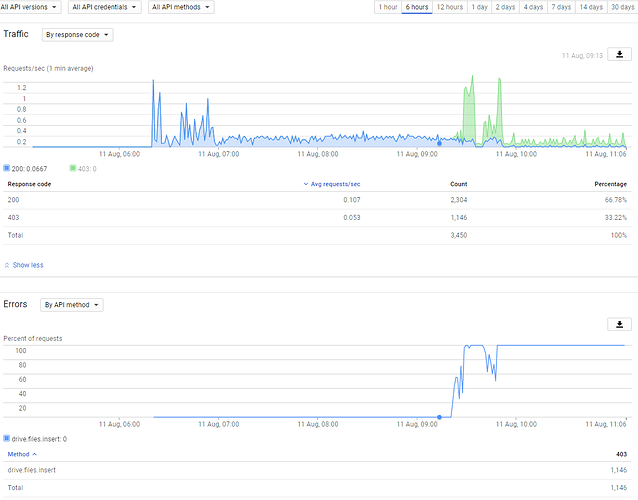 This is the same issue as is being discussed here I think:

For the past few days i’ve been getting error googleapi: Error 403: Rate Limit Exceeded, rateLimitExceeded when sending data from my server to Google Drive. Normally this only crops up when sending data FROM Google Drive which is really strange! I am able to upload files via web UI to the Gdrive account no problem and also able to do a sync from it to a different gdrive account - So sending data out of this account is fine. It seems I may heve been temp banned from uploading files to the acco…

yes, i think you are right.