How can I use rclone with Kodi on Android?

I'm using Termux to rclone http serve on Android, so that Kodi can see everything.
I'm hung up on one small silly problem.
When I rclone serve my gdrive mount, I can see all my media in a browser by navigating to localhost:8080/Movies or localhost:8080/TV

How do I plug this in to Kodi?
In adding an http source to Kodi, I tried

None of that works for Kodi. I've tried all those variations, and it always tells me that there's no media there but I can add the source anyway if I want to. I've tried agreeing to that, but just like it says, it can't find any media.

What's the correct way to get the rclone serve plugged in to Kodi?
I know @calisro runs his stuff this way (but with Automate instead of Termux)

EDIT: Solution was in post #2 and post #4.
http serve doesn't work with Kodi, Webdav was needed.
Format is IP address only, and path without slashes (/).

It should be simply the same url as in a browser in Kodi. I use webdav though. Try serve webdav and then use the webdav in Kodi. I don't think the HTML pages that rclone serves is compatible with Kodi. Webdav is different and should work. Keep in mind that webdav is read write. So if you don't want that, then you can mount the webdav with the --read-only flag.

Thanks. I'm having the same problem with Webdav, though. No change in the issue. I still don't know what path to give Kodi, or whether I should include or exclude http:// in the address.

Still can't figure this out. 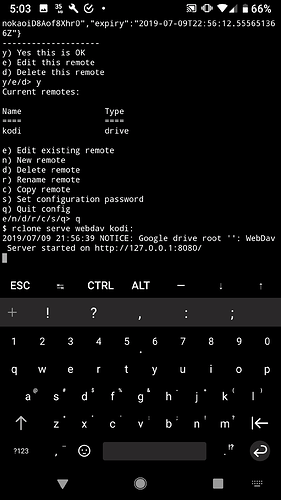 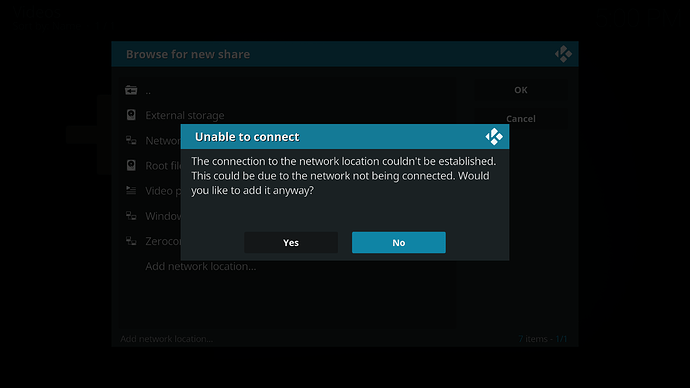 I can see folders in my browser, however.
Let me know if I should edit my post and reduce the size of those images.

Server address should be the ip only. Remote path is just Movies.