Not necessarily a problem with rclone 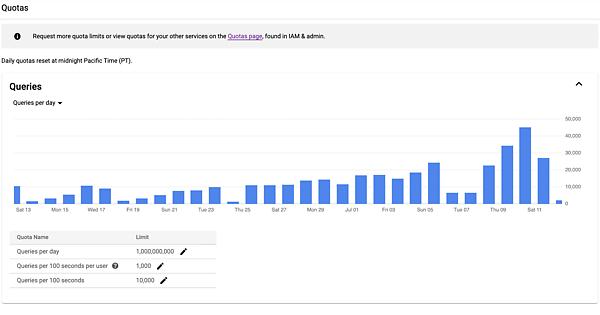 Did you make your own client ID/secret?

If it was through the documentation on rclones website, then yes I have. It just stopped working last night

In your rclone.conf, you have a client ID and secret configured and you authorized it?

Do i authorize it through googles api? If so where exactly? But if you just mean the keys in the config, both are there
Edit: Also i updated rclone several days ago and then as mentioneed it stopped working as of last night.

Include this part that you edited out..

Ok, if you check the traffic by credential, are you seeing hits for that key you made?

change the scope to 1 hour or 6 hours and look at 'traffic by credential' as suggested. Do you see traffic using the key you made? 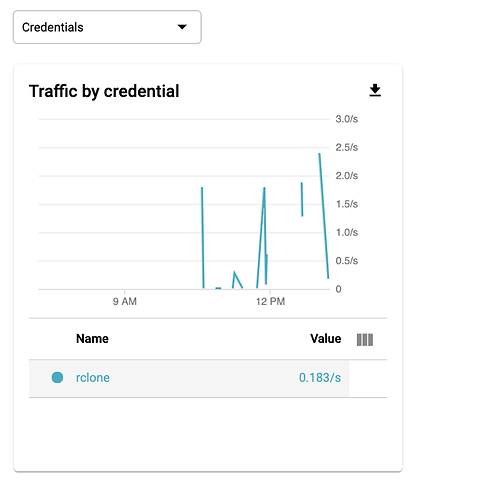 It's binary as it's either working or not as it doesn't just break either unless you removed the creds.

You'd only see things on the graph if you using it.

The errors you posted are just normal API backoff requests if it was being hit too fast and nothing to really do with them. It seems you do have your own key setup so that's really it.

So what do you think i should do now? Its just odd it stopped working all of a sudden. If anything, my script where i would run some rclone commands or just a rclone command itself would just hang like this 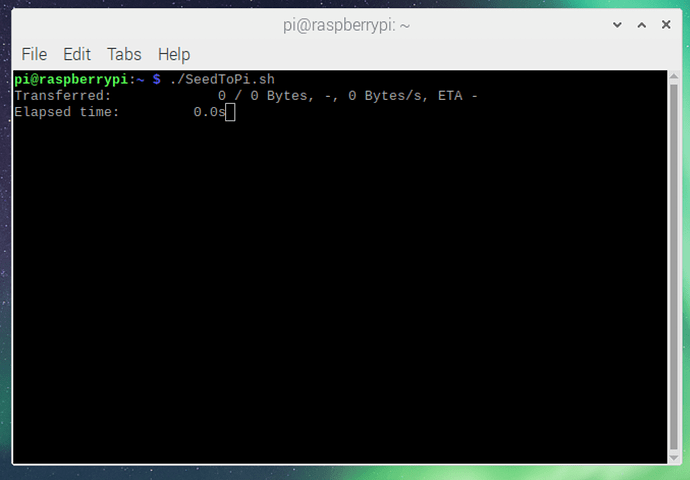 Solved everything. Readded gdrive to rclone after deleting the previous. unsure what caused the issue

I am not sure Google has a bandwidth limit per day which is exceedable, I have transferred over 10 terabytes in under 24 hours before. Since moving to a mount which does not use queries I have not reached any kind of a quota issue, except for when I used rclone to sync my GDrive twice in a day, which transferred little data, but did many checks.