Not sure I would say it's doing anything other than getting what is requested. Defaults are generally fine and if you really wanted to, you could increase the vfs-read-ahead to get more of the file, but I personally suggest not changing anything unless you have an issue.

Sorry for the flurry of questions. Hopefully, this will be the last one. I'm getting amazing start times with 1.53 with the default 16MB buffer and I don't want to jinx this by raising --buffer-size or --vfs-read-ahead too high.

I don't think either will jeopardize start times provided you have the bandwidth for the extra download that they will cause. This would probably only matter if you started multiple streams open at once.

As soon as data is in the buffer it is eligible to be shipped off to the user. Data gets downloaded into the buffer (--buffer-size) and then written on to the disk. Rclone reads it back off the disk to send it to the user. However very likely it is in the OSes buffers at this point so this is very efficient.

As promised here we go: 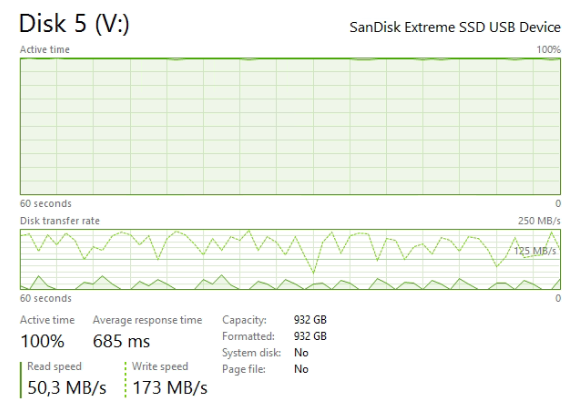 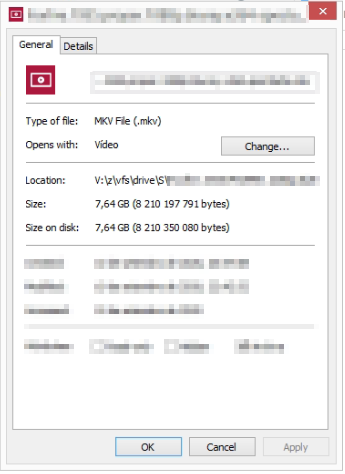 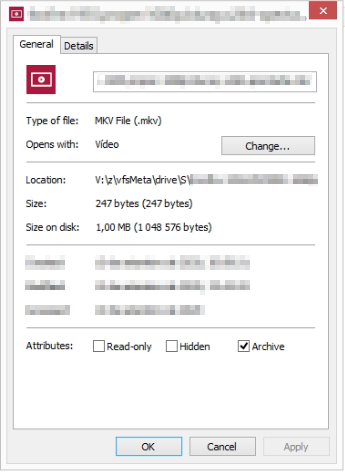 the Sandisk extreme is an external USB drive right? Are you current on drivers and firmware? Have you tried putting the cache on a different drive?

Yes, it's an external USB device... I don't think the problem is that, honestly ...

Is formatted in exFat

That should be the problem then

Thanks! I will try on a different device, however, why does Rclone write two files to different folders?

Additionally, I am currently troubleshooting the problem I reported before

I suggest you start a separate thread for each issue.

Huge number of people are experiencing the 403 atm. Appears to be a Google backend issue. Might be best to wait a bit and check Google down detector periodically, rather than trying to troubleshoot the 403 right now.

Source? I googled for that and I don't see any reported issue

This should go in the docs I think...

why does Rclone write two files to different folders?

This should go in the docs I think...

Yeah well spotted, I would suggest docs and error on Rclone logs

Source? I googled for that and I don't see any reported issue

Again, in less than 12 hours I just got again the same error, or Rclone had some unexpected behavior between 1.52.3 and 1.53.0, or is Google problems on their side.

Google Drive or Docs down? Current outages and problems

Real-time outages and problems for Google Drive or Docs. Is the app not loading? Can't log in? Here you see what is going on.

This is actually a much better indicator:

Yes. It is "another" source. There are 4 or 5 ... sometimes useful to check them all to triangulate. Google tends to be, for understandable reasons, a bit more conservative about its thresholds and when it acknowledges outages.

Google has also changed a few of its apis and group management in the last month. Mostly smooth, but a few folks have had glitches that appear to be related to those (not rclone related, mostly).

I have also reports from a community that deal with Gdrive a lots, and the same 403 errors happen a lot. With that said, this is Google doing and nothing from this new rclone release, so we should not mention it in this thread.

We could not mention it, as indeed this is a release thread.

Was trying to provide some context / another avenue for the klunky conversation, so he doesn't potentially waste time diagnosing something that is not rclone related.