Anyone here migrated their existing Google (GMail etc) accounts to GSuite? Is there a migration process that’s reasonably seamless or do you have to migrate everything manually?

I currently have two google accounts (mine and my wife’s) and am thinking about migrating to GSuite, but unless there’s some seamless way to move, the hassle is probably going to be too painful (Google sign-in on various sites, all that kind of thing). I really want to keep the existing IDs and just encapsulate them within a GSuite account. Is that possible?

Is this not something that Google offers as a service?

I don’t know. Hence the question.

I’m in exactly the same situation and after researching it for the past week or so, here’s the best guide I’ve seen: https://www.igorkromin.net/index.php/2016/10/10/the-right-way-to-migrate-from-gmail-to-g-suite-email/

Note that I haven’t done it yet. Some of the posts/research I read from other folks that have made the migration say that they regret it. Nothing seemed to say it was horrible, just that there were enough little differences that it was a bit of a pain at times since gmail is meant for basic users and G Suites is built with enterprise in mind - meaning that some of Google’s spiderweb of services work better/expect a standard account.

They’re are a few things that are different on gsuties. I’d recommend you use it before you commit to transferring. Just one example. Typically in a regular drive account you can make your pictures in drive appear in your “photos” app and on photos.google.com. On a gsuites, you cannot. Seems minor but it actually sucks. There are little nuisances through out the gsuites ecosystem… 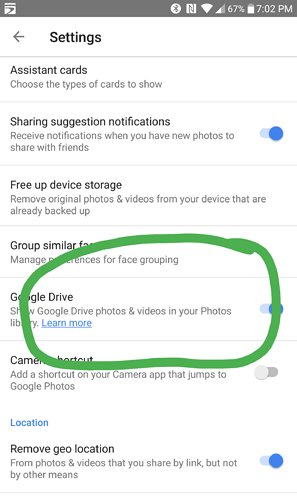 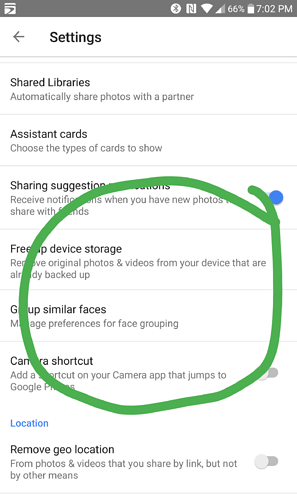 if you enable google photos app in gsuite you should be able to do this.

No. You cant… It’s deliberately disabled in gsuite to have drive pics show up in photos. I have everything enabled.

Thanks for the info - this is super-useful.

The missing ‘show drive pictures in Google photos’ functionality is a show-stopper for me. 90% of my use-case for this stuff is as a cloud backup for my photos, and I need to have access to the photos on the move. I used to sync directly into Google photos (using my own custom written software: https://github.com/Webreaper/GooglePhotoSync) but since Google killed the write API for Google Photos (so you can no longer upload new photos or modify existing ones) I had to change strategy and switch to rclone => gdrive. It’s actually simpler and more reliable, but depends on being able to have those pictures show up in GPhotos.

Never mind, will stick as I am!

That is exactly why I haven’t moved accounts. I use the gsuites as a backup now and still retain my primary. It is unfortunate that such a simple and useful feature isn’t there.

. I used to sync directly into Google photos (using my own custom written software: https://github.com/Webreaper/GooglePhotoSync) but since Google killed the write API for Google Photos (so you can no longer upload new photos or modify existing ones)

Thanks for that software btw. I used to use that before rclone as well. Good work. And RIP Picasa.