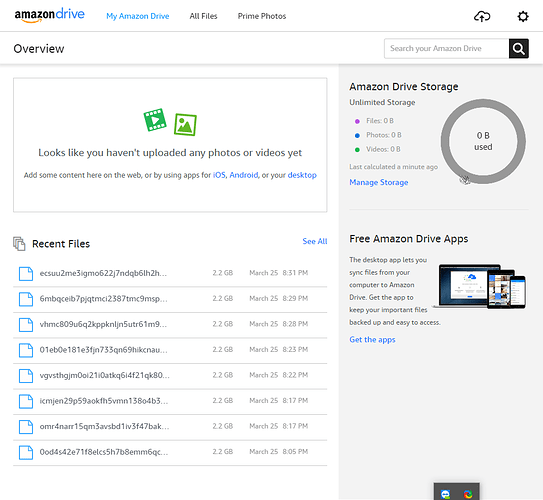 something glitched on their site i think
should be around 50TB

What does rclone size say?

I’m not seeing this error.

idk it fixed itself so no worries just scared me at first.

It would terrify me. I’m happy it worked out for you.

This happened to me too. The really scary thing is that I had a large library of pictures stored in ACD as well. Those were the only files counted by Amazon. My media library was not counted in the total space.

I had no issues accessing it through the mount though. Strange.

having the same issue right now - i literally shouted at my computer “WTF” … only some pictures stored on ACD are recognized and counted. everything else is there i guess, just not included in the sum. Maybe an early april fools from the amazon guys

If ACD is your only copy, I see future cries coming.

also shows 0 for me on amazon cloud drive